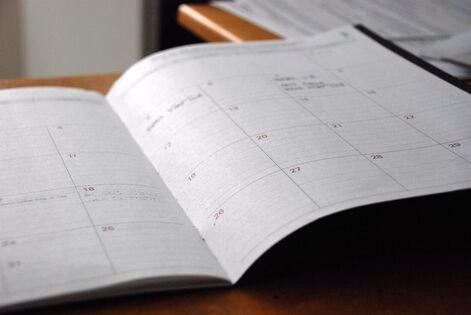 After an unprecedented year we had to cancel our talks scheduled for the Athenaeum to virtual discussions.  We hope that many of the speakers we recommend to the Chautauqua management will appear on the 10:45 lecture platform, but failing that look for us again in 2021 at the Athenaeum.
Due to the enthusiasm of our scheduled speakers we WILL GO ahead with a limited schedule of ZOOM
lectures.  Please refer to the HOME page for the speaker kine up and schedule of lectures.
​We thank you for participating in our mission to make Chautauqua's programming platform more balanced and therefore better.   Our work is far from done and we encourage you to follow this website in the months ahead as we continue our work for 2020 and look ahead to 2021.  We also encourage you to join or donate (preferably both) to our mission.   "Donate Button"  appears on the HOME page.

Notable speakers sponsored by ABC in 2019:

The General Membership meeting of the “Advocates for Balance at Chautauqua”(ABC) convened at 4 PM in the Methodist House Chapel.  In attendance were approximately 60 people.  Paul Anthony, addressed the meeting in three parts.  “Where We Were, Where We Are, and Where We Want to be.”

An ad in the Chautauqua Daily encouraged those who felt there was a lack of balance expressed by the speakers on the main stage podium to share their concern by forming an informal chat group initially comprised of about 40 people to address this lack of balance.

Several meetings later Advocates for Balance at Chautauqua was formed because Chautauqua Institution President Michael Hill stated a number of times last summer that they had invited about 150 conservative speakers in the past, but none would come except David Brooks.  If that was the problem we decided to help them solve it.  After three weeks of intensive work lining up, vetting, securing cost information and availabilities we presented to President Hill and VP Matt Ewalt a binder containing all the information one needed to contact the 12 speakers like Cal Thomas and Mollie Hemingway including which weeks THEY thought they could be most effective.

Of that group only Larry Arnn, President of Hillsdale College was chosen.
We were told by Michael Hill that the selection of Hugh Hewitt was inspired by ABC. Governor Kasich of Ohio also appeared.  Both of whom were received with wild enthusiasm.

Our numbers have grown to well over 200(233 as of 8/24/19) members, we inaugurated a new website, abcatchq.com and have a direct link email address abcatchq@gmail.com, printed business cards and have a Chautauqua P.O. Box 256 and we continue to incorporate new members to assist on the various committees to move our goal forward.

On August 12th we presented VP Mat Ewalt with an additional 30 names of speakers whom we thought would bring much needed balance to CHQ’s speakers platform.

We are also seeking more volunteers to assist our ongoing committees and we encourage your participation.

While we’ve been successful in obtaining donations to cover our costs, we appreciate receiving additional funds to pay for our activities during the off season and next summer.